August 2011 - Rheumatoid arthritis (RA) sufferers are at an increased risk of dying due to cardiovascular disease. A new five year study published in BioMed Central's open access journal Arthritis Research & Therapy showed that the risk of cardiovascular disease for people with RA is due to disease-related inflammation as well as the risk factors which affect the general population. Treatment of arthritis with disease modifying antirheumatic drugs (DMARDs) also reduced the patient's risk of heart disease.

Over 400 people with RA were followed from date of diagnosis for five years. Progression of their disease was measured using chemical markers of inflammation and physical appearance. Treatment regimes were monitored along with risk factors for heart disease, including weight, cholesterol levels, blood pressure, diabetes and smoking.

After five years, 97% of the patients had been treated with DMARDs, reducing both the chemical markers of inflammation and the physical appearance of their arthritis. Patients were also looking after themselves better - fewer patients were smokers and their BMI, and blood pressure, had reduced (due in part to treatment for high blood pressure).

Analysis of the patient data revealed that a new cardiovascular event such as heart disease, stroke or DVT could be predicted by intensity of their arthritis and by presence of diabetes, high blood pressure, and the level of triglycerides. Encouragingly treatment with DMARDs decreased the risk but COX-2 inhibitors appeared to predict a new event.

Dr Wallberg-Jonsson from University Hospital, Umea, in Sweden said, "Inflammation associated with rheumatoid arthritis increases patients risk of heart disease and other cardiovascular events. However it is possible to reduce this risk in a two-pronged attack by treating both the inflammation and traditional risk factors for heart disease." 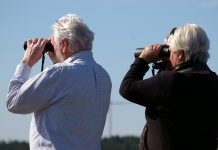 Childhood Obesity Linked to How Walkable Your Neighborhood Is 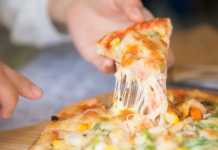